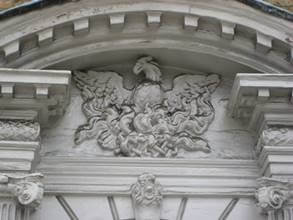 Treasure hunts in London, the rest of the UK and in Europe

We create each treasure hunt and scavenger hunt specially for you and tailor them to suit. Our base is in London and we create many different treasure hunts in London, but we’ll also go wherever you want us to: towns, cities, villages, the countryside and other treasure hunt locations.

Tell us where you want your treasure hunt to take place and we will create it for you there. We run them all over Europe as well as in the UK. Because each hunt is different, we don’t just “rehash” something we’ve written before – we start again from scratch or check very carefully to make sure clues we’ve used before are still in place. “Permanent fixtures” have a strange habit of disappearing…

These are just a few of the places we’ve used before for our treasure hunts and scavenger hunts:

Treasure Hunts in the UK

Or tell us where you’d like to go and we’ll create a treasure hunt for you there.

Barcelona, Bruges, Madrid, Paris. (If there is somewhere else you’d like us to go, ask us!)

We use cookies to ensure that we give you the best experience on our website. If you continue to use this site we will assume that you are happy with it.OkPrivacy policy